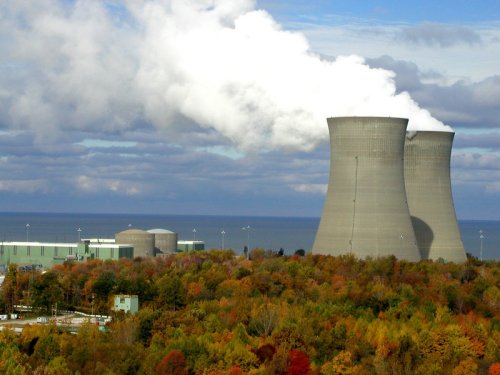 by CEO, TNI (updated by bilaterals.org)

Following its first ECT success, (Vattenfall sued Germany again in 2012, seeking €4.3 billion plus interest for lost profits related to two of its nuclear power plants. The legal action came after the German Parliament decided to speed up the phase-out of nuclear energy following the Fukushima disaster in 2011 and countrywide anti-nuclear protests. Amongst other things, parliamentarians ordered the immediate and permanent shutdown of Germany’s oldest reactors, including Vattenfall’s Krümmel and Brunsbüttel plants. Due to several breakdowns, both had already been out of service for several years. The case is ongoing at the time of writing (June 2018).

“The… case demonstrates the potential for claims arising out of a state’s decision fundamentally to change its energy policy for environmental reasons”, Wendy Miles & Nicola Swan of law firm Debevoise & Plimpton

The case is interesting because it shows how the ECT…

… puts a lot of taxpayers’ money at stake: Vattenfall’s €4.3 billion claim – the equivalent of one quarter of Germany’s entire 2017 health budget– is one of the largest in the history of investor-state arbitration. By April 2018 the German Government had spent more than €15 million in legal and administrative costs to defend the case. Furthermore, Vattenfall has spent €26 million on its lawyers which it also claims from Germany.

… leaves citizens in the dark: Experts have slammed the German Government for “intentionally leaving the German public out in dark” about the details of Vattenfall’s claim. Despite billions in taxpayers’ money at stake, not a single case document has been publicly released. A small group of elected parliamentarians have access to Germany’s arguments in the proceedings, but only in a high-security building and they are not allowed to reveal anything they see to anyone. While the Government did agree to live stream a 10-day hearing in October 2016, experts questioned the usefulness of that exercise: permanent recordings were only made available for two days while notes were not prepared at all (so people had to watch 8 hours per day for 10 successive days) and viewers had to follow the complex oral arguments without any of the written materials.

… creates VIP rights for foreign investors: Together with German energy giants E.ON and RWE, Vattenfall also sued Germany in its constitutional court. In 2016 the latter upheld the nuclear exit, but condemned the fact that its acceleration did not allow the companies to use formerly allocated electricity output allowances, ordering Germany to find a solution for this problem. Even though Vattenfall obtained justice in German courts, it still continues its parallel ECT claim – possibly counting on a much larger amount of taxpayer money in compensation than would ever be available under German law. Germany’s largest association of judges and public prosecutors has criticised parallel justice systems such as those found in the ECT, which are exclusively available to foreign investors, stating that “the creation of special courts for certain groups of litigants is the wrong way forward”.

The case was settled in March 2021. Germany agreed to pay Vattenfall €1.606 billion (slightly above US$1.9 billion) while Vattenfall agreed to end its claim at the World Bank’s ICSID arbitration tribunal.