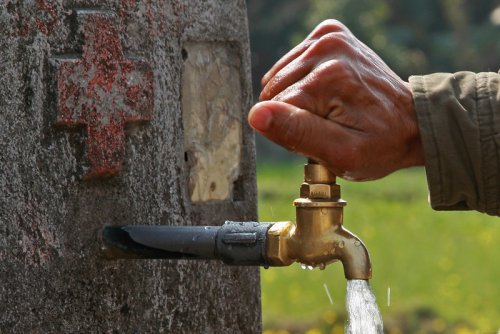 In 1999, the Bolivian government granted a 40-year contract to Aguas del Tunari, a subsidiary of the giant Bechtel Corporation, as part of a World Bank-backed proposal to privatize the water supply in the city of Cochabamba. Water rates increased immediately - by 100 to 200 per cent in some cases. In a country where the minimum wage was less than US$100 per month, many families were paying water bills of US$20 or higher.

Small farmers and the self-employed were especially hard hit. Unable to survive under the burden of the new water prices, the citizenry began a campaign to drive out the private water company. In January 2000, a four-day general strike over the water price hikes, organized by a coalition of community, labour and human rights leaders, left the city at a total standstill.

In April 2000, after seven days of civil disobedience and angry protest in the streets, the president of Bolivia was forced to terminate the water privatization contract granted to Aguas del Tunari.

But Bechtel was determined to make the government of Bolivia pay for cancelling the water contract. In 2001, it filed suit against Bolivia, demanding US$25 million in compensation for lost future profits resulting from the cancellation of the company’s contract.

In January 2006, the case was settled. Bechtel dropped its claim and Bolivia had to declare that the concession was terminated only because of the civil unrest and the state of emergency in Cochabamba, and not because of any act done or not done by Aguas del Tunari. Bolivia also purchased 80 per cent of shares held by the two holding companies — International Water and Abensur — that own Aguas del Tunari. The other 20 per cent remained in the hands of private investors. Bolivia was liable for legal fees of US$1.6 million.