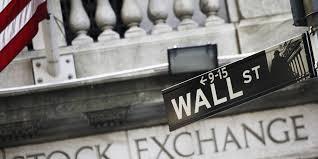 Warren raised the issue in a letter to U.S. Trade Representative Michael Froman, which was also signed by Sens. Tammy Baldwin (D-Wis.) and Ed Markey (D-Mass.). The correspondence highlighted a broadening rift between President Barack Obama and the progressive wing of the Democratic Party over economic policy, less than a week after Warren and Obama squared off over a budget deal that provided government subsidies for risky derivatives trading.

"We are concerned that the Trans-Pacific Partnership (TPP) could make it harder for Congress and regulatory agencies to prevent future financial crises," the letter reads. "With millions of families still struggling to recover from the last financial crisis and the Great Recession that followed, we cannot afford a trade deal that undermines the government’s ability to protect the American economy."

The Obama administration has been negotiating the TPP — a pact with 11 other Pacific nations — for several years. The U.S. Chamber of Commerce has strongly favored the pact, while many traditionally liberal organizations have been critical of the deal, citing concerns that it will exacerbate income inequality and undermine a host of public-interest regulations. The government has been negotiating the deal in secret. The public has only learned of potential provisions through leaked drafts of the negotiation text.

Warren, Baldwin and Markey are particularly concerned with a process called "investor-state dispute settlement," which grants foreign corporations the political power to challenge the laws and regulations of a government before an international tribunal. This nongovernmental court has the power to levy trade sanctions against offending nations. The investor-state dispute settlement regimen differs from those used in World Trade Organization treaties, which allow only sovereign governments to bring trade challenges.

"We believe that the TPP should not include an investor-state dispute settlement process," the letter reads, warning that doing so "would expose a broad array of critical American financial regulations to challenge by many additional foreign companies."

Investor-state challenges were rare before the new millennium, but have become increasingly popular tools for corporations to use when challenging regulations they object to. Under the North American Free Trade Agreement, for instance, companies including Exxon Mobil, Dow Chemical and Eli Lilly have attempted to overrule Canadian regulations on offshore oil drilling, fracking, pesticides, drug patents and other issues.

Unrest over investor-state powers is not exclusively a progressive phenomenon. Free-trade advocate Daniel J. Ikenson of the Cato Institute has argued against the practice, on the grounds that it gives foreign firms an unfair advantage over domestic companies.

Warren, Baldwin and Markey also objected to granting the banking industry "market access" protections similar to those afforded to other industries under WTO agreements. International tribunals, the trio warned, could determine that domestic rules against risky derivatives and other financial products unfairly restrict foreign firms’ access to U.S. markets. The Democrats also urged Froman to avoid curtailing the use of capital controls, rules that can constrain the flow of particular currencies to and from a country — a move often used by nations to fight financial crises.

The Office of the U.S. Trade Representative told HuffPost that the deal will not undermine bank regulations. "TPP will in no way limit the ability of governments to put in place strong consumer protections or to regulate financial markets, including derivatives," a USTR spokesperson said.

Incoming Senate Minority Leader Mitch McConnell (R-Ky.) has said approving the TPP will be one of his top priorities when Republicans take control of the Senate in 2015.

Financial issues are particularly sensitive for Froman, who left Citigroup in 2009 to join the Obama administration, eventually taking the helm at USTR in 2013. The bank gave Froman over $4 million in exit payments to take the government job. Warren voted against Froman’s confirmation.