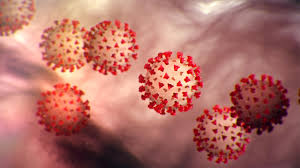 Countries could be facing a wave of cases from transnational corporations suing governments over actions taken to respond to the Covid pandemic using a system known as investor-state dispute settlement, or ISDS. Some 630 organisations from across the world, representing hundreds of millions of people, are calling on governments in an open letter to urgently take action to shut down this threat.

ISDS is written into many trade and investment agreements. It allows foreign investors to sue governments in secretive tribunals outside of the national legal system for amounts far higher than are likely to be available to them in domestic courts.

Cases could arise from actions that many governments have taken to save lives, stem the pandemic, protect jobs, counter economic disaster and ensure peoples’ basic needs are met. Threats of cases have already been made in Peru over the suspension of charging on toll roads, and law firms are actively advising corporations of the options open to them.

In the UK, lawyers are anticipating cases when different levels of government took different decisions - for instance the Scottish government and the Mayor of London ordered construction sites to close, when Westminster did not. Other countries have taken actions such as requisitioning private hospitals, freezing water gas and electricity bills, and ensuring medicines and tests are affordable.

Nick Dearden, director of Global Justice Now said: “As governments struggle to try and protect their citizens from the fallout of coronavirus, City law firms and big business are threatening to use trade deals to profiteer from this crisis. A wave of new ‘corporate court’ cases threatens to drain vital funds from the public sector and have a chilling effect on action, as big business tries to cash in by challenging policies introduced to protect people’s safety and jobs from the pandemic.”

Jane Herbstritt of Global Justice Now Scotland said: “ISDS cases against the Scottish and UK government after lockdown would mean money that could have been spent investing in public services, adequate incomes for keyworkers, and a green economic recovery would instead go to corporations. Many of us have lost income and worse during lockdown because we were abiding by the rules set by the Scottish and UK governments to protect people’s lives. Why should corporations be able to sue for their lost profits, which could then deny citizens the benefits of public investment that would ensure an equitable economic recovery?

"We urge the First Minister to call for the suspension of ISDS at this time, and ultimately for ISDS to be removed from any current and future trade and investment deals negotiated by the UK government.”

The organisations are calling on governments to urgently take practical steps around restricting and suspending the use of ISDS over the pandemic, as well as putting an end to the risks of ISDS forever.

The organisations signing the open letter include:

International and regional union confederations including the International Trade Union Confederation, Public Services International, IndustriALL, the Trade Union Confederation of the Americas, and the IUF. Global health networks such as the Peoples’ Health Movement, Médecins Sans Frontières Access Campaign and the International Treatment Preparedness Coalition Other international groups such as Oxfam, Friends of the Earth, the European Environmental Bureau, the Asian Peoples’ Movement on Debt and Development and the Arab NGO Network for Development In the UK groups such as Unite, Unison, GMB, CAFOD, STOPAIDS, Compassion in World Farming, SumOfUs, War on Want, Keep Our NHS Public, Jubilee Debt Campaign, Health Poverty Action, the Trade Justice Movement and Global Justice Now * The letter with the full list of signatories is here